Daily eats of a Torontonian student

You know a watermelon is good when it disappears in a little over 24 hours, and you’re the only on eating it. This was my breakfast. 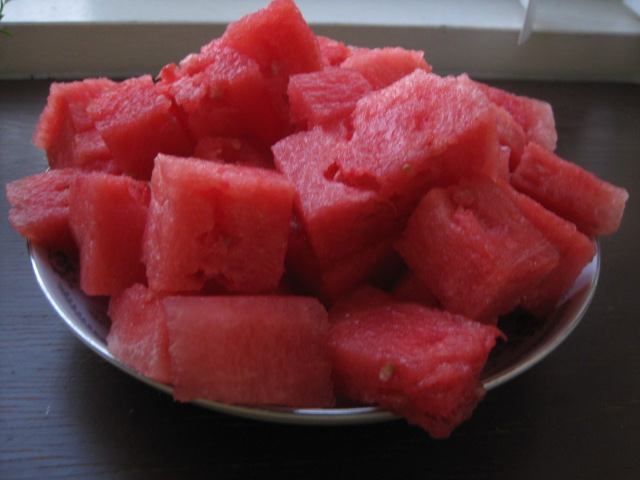 Then later in the morning I snacked on a peach, a plum, and a carrot. I had some walnuts too, that I added as an afterthought after the picture was taken and I was heading out the door. 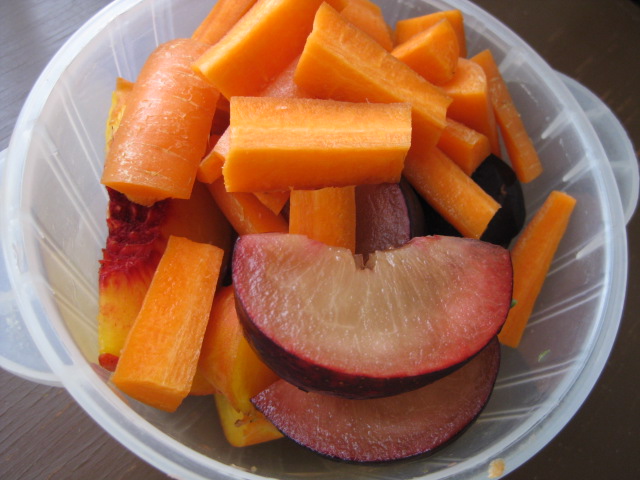 Lunch was a very Gliding Calm inspired salad, a ton of spring mix, broccoli and red pepper, with some beet and dulse hiding underneath, along with a squirt of lime juice. Dulse is seriously tasty stuff, you should try it if you haven’t yet. 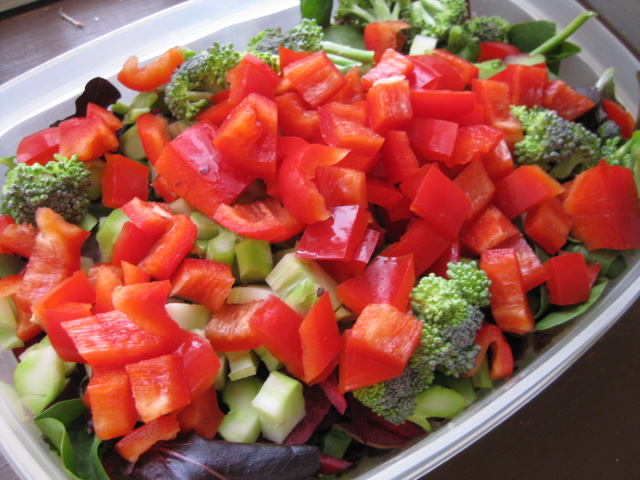 When I got home I finished off the watermelon. As good as it was yesterday, it’s even better COLD from the fridge! 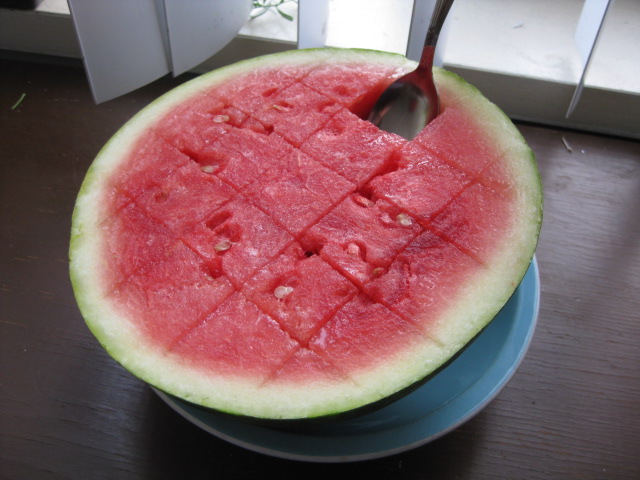 For dinner I found the cucumber I got last week, which had fallen to the back/bottom of the fridge, so I sliced it up and marinated it for a bit in sesame oil, red wine vinegar, and salt. Along with a sprinkle of sesame seeds, it was a wonderful bread topper. I also went back for a couple more slice of ezekiel bread with a smear of raspberry jam, but skipped the camera step. 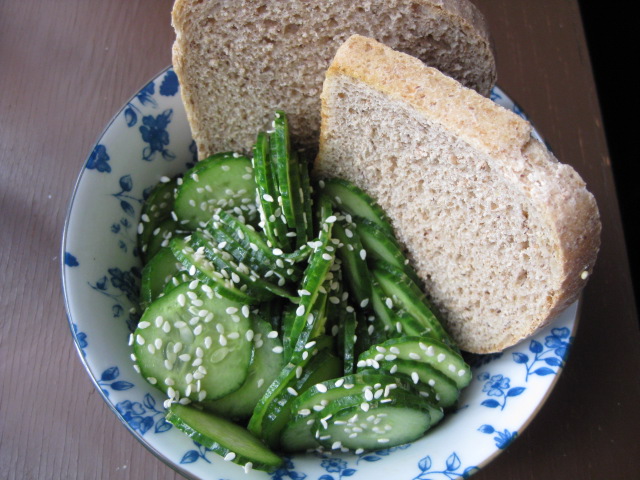 Now to find out who’s in the SYTYCD finale!

When I got up this morning I fixed myself some quick brunch before heading back to work.  S&M salad.  I think this is becoming my lazy salad, I don’t have to pull everything out of the fridge and think to decide what I want, I just follow the ingredients list.  Today I even had the dulse, hemp seeds, and rosemary crackers already broken up and sitting in a baggie leftover from when I brought the salad to work a couple of days ago.

I took along a snacky, blueberries and apricots. 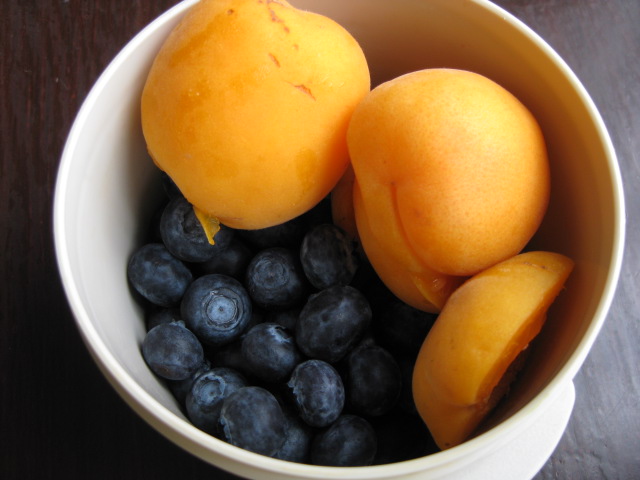 And dinner was a chips and dip plate.  Zucchini and carrot chips with mole. 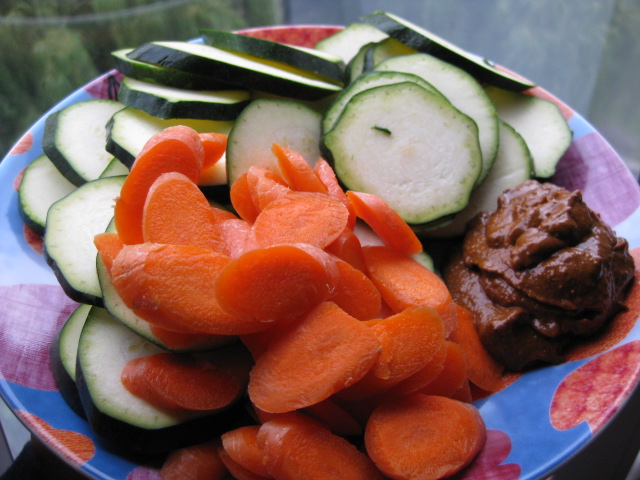 And dessert was going to be a simple peach, but since the mandoline was already dirty from slicing the zucchini, I fancied it up for the blog.  I sliced the peach thinly and drizzled it with a mixture of tahini, honey and water (tasty!) and a few sesame seeds, just for show.  And I’m going to enjoy it with some SYTYCD.  I can’t believe Wednesday’s already over! 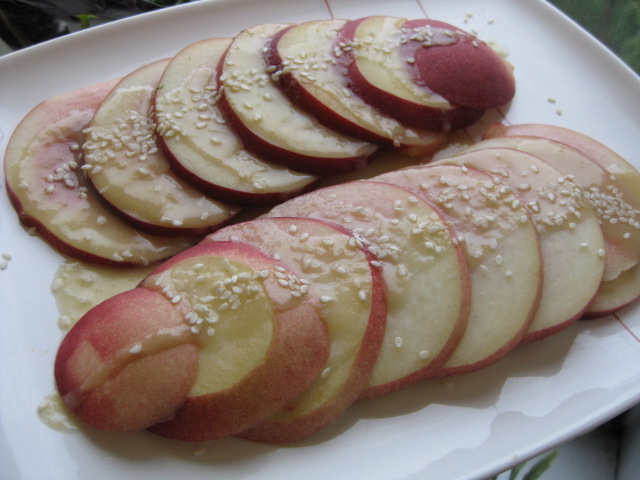 This morning started out with a tried and true monster combo, spinach, chia seeds, banana, and papaya. 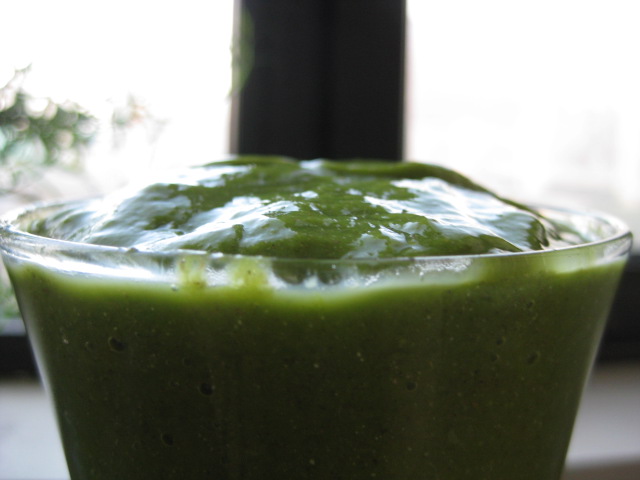 For lunch I had yet another salad mess with asparagus, zucchini, red pepper, carrot, beet, avocado, and the rest of my nectarine, balsamic, and tarragon dressing. 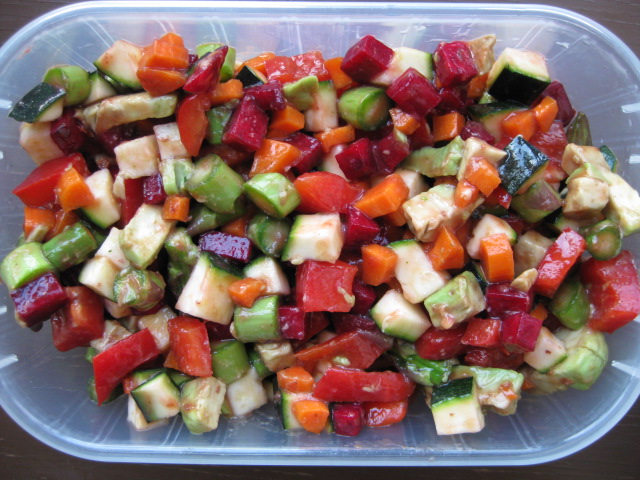 Which was followed by a cinnamon raisin ezekiel sandwich stuffed with an awesome PB2, dried apricot, cinnamon and maple flake filling. 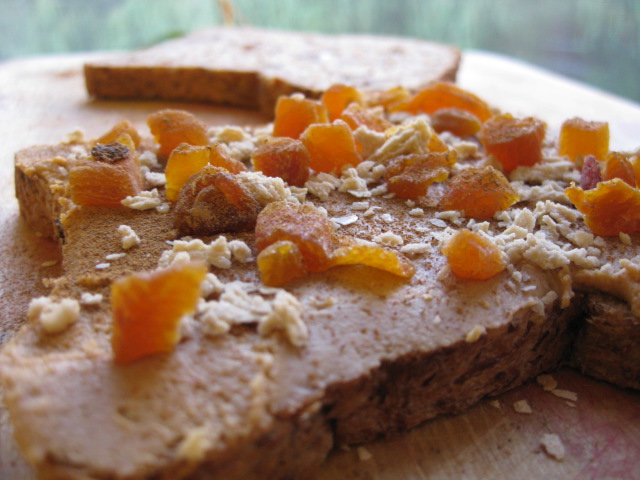 And in the afternoon I snacked on the rest of my mulberries. 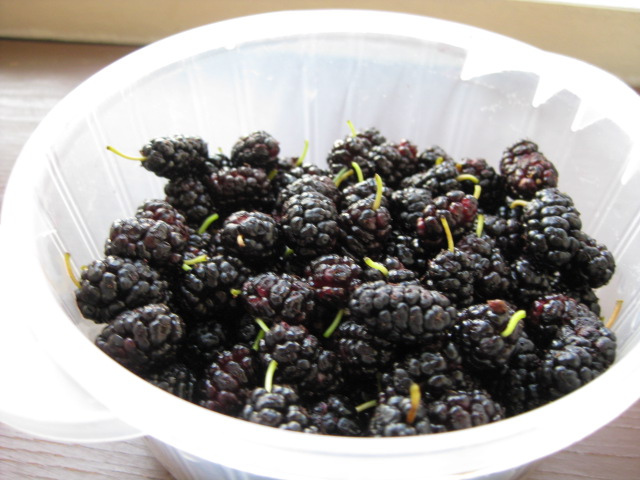 Then for dinner I was craving something weird (for the season), orange. So I stopped by the grocery store and picked up a clementine which probably came from WAY south of the equator and used it to top a beet green salad which was dressed with sesame oil and orange juice concentrate. And along that I had a tower pile of steamed broccoli and a tiny beet topped with raw mole. And the whole plate got a sprinkling of sesame seeds to make it look a bit prettier. 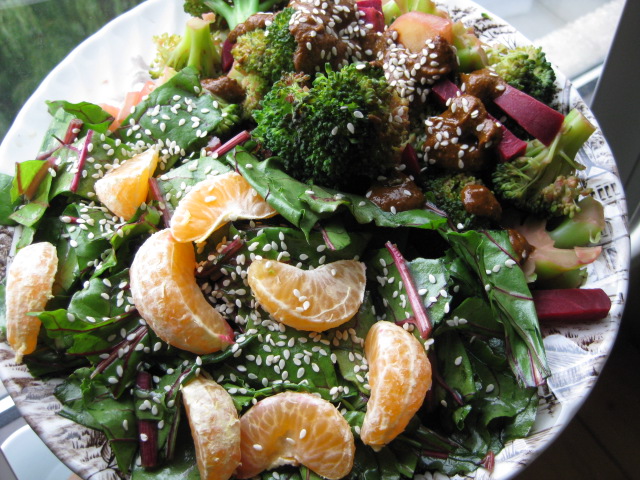 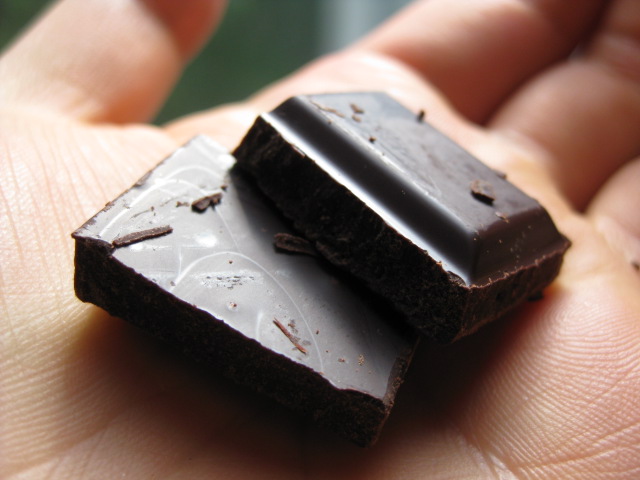